Photo by Tim Mossholder on Unsplash

LODGE ACTIVITIES AT A GLANCE


(Please note there has been a change to the original program mailed out to members and Stephen McDonald will give his talk in March and Simon O'Rourke in April. )

Blavatsky Lodge President, Rosanna Sheridan will begin the year with an talk entitled "A New Look at the First Object"  based on an excellent two-part article by Robert Ellwood written in 1998, which is still so relevant today.

Wednesday 9th – 1:00pm - Awakening Now – Peter Thompson
It seems that inner spiritual awakening is an evolutionary imperative for the whole human race. As Vimala Thakar would say: “it is our human birthright”. Spiritual awakening to our own true nature or true self is the great work of our lives whether we know it or not. All humans are involved in this search.


Krishnamurti urges us all not to smother or repress our discontent (the “divine discontent” of Alexander Pope) with all our limited thoughts, states and conditions - in truly seeing the limitations of all these we naturally come to be the Unlimited itself. In this talk we shall focus particularly on the work of Krishnamurti and his teaching of awakening which is free of ancient cultural, religious and philosophical baggage and particularly tuned to the modern age and mind...In becoming aware of the limitations of thought and the thinking mind one can come to The Real. Inner self- remembering and awareness is the evolutionary work of each and every moment and we shall examine how esoteric teachings (e.g. The Gita, The Upanishads, The Vedas and the 10 ox- herding pictures of Zen) and in particular Krishnamurti, introduces us to the evolutionary pathless path of Awakening.


Peter Thompson has studied with many famous spiritual teachers in India, USA, Japan and Australia, first influenced and guided by J. Krishnamurti and Vimala Thakar. He first sat Zen Meditation in 1975 as a founding member of Sydney Zen Centre and has been greatly inspired by the Advaita Vedanta path. He has a deep commitment to helping to address major modern issues such as climate change and eco-sustainability, to realign spirituality with the natural world, thus recently initiating the Dharma Gaia Fellowship and AFCAN (Artists for Climate Action Now). Peter holds an Arts Degree from ANU, majoring in Political Science (Hons) and Law, a Research Masters’ Degree in Community Counselling (UCAN) and a Diploma of Education. He taught high school for 24 years and is also a qualified professional tennis coach.

Saturday 12th – 2:00pm - Members’ Circle – All members welcome
Wellbeing - Living Harmoniously and Giving Wholeheartedly – Gerard Brennan
This talk will examine notions of what really constitutes wellbeing in our society today and explore finding real balance in life leading to greater fulfilment. Finding that sense of wellness within ourselves amidst the contrasts of life can be very healing, allowing us to experience deeper levels of peace. Giving this back to the world around us quite naturally is an extension of that harmony which flows from the wellspring of the One Life. There will be some discussion, readings and time for quiet reflection.

Wednesday 16th – 1:00pm - Consciousness and The Power of Thought – Nila Chambers
We swim in an ocean of thought and generate more thoughts than any other commodity, yet we rarely reflect on the power of the mind and the effect of thoughts. In this talk we explore the nature and power of thought and its relationship with consciousness, drawing on examples from the life of Parmahansa Yogananda and NDEs.


Nila Chambers is a retired school principal and university and TAFE lecturer. She was involved in Rudolf Steiner education for some years. She is the author of ‘The Gift of Intuition: guidance on a healing journey.’ Nowadays she is a facilitator of groups, workshops and retreats. Nila has a master’s degree in comparative religion, an honours degree in psychology and various teaching qualifications. She currently facilitates the Sydney Northern Beaches Theosophical Society Group, Sydney IANDS (International Association for Near Death Studies) and Sydney White Eagle Intuition Development Circle. She is a life- long meditator and seeker of spiritual truth.

Wednesday 23rd – 1:00pm - Theosophy and early 20th Century Australian Art – Stephanie Claire
This talk will discuss the far-reaching impact of Theosophical thought on the development and direction of western art during the first decades of the 20th century. The influence of Theosophy on a generation of painters is now far more widely understood and credited. Artists such as Kandinsky and Paul Klee, Grace Cossington Smith, Clarice Beckett and Roy de Mestre found their instinctive approaches to life validated and expanded through reading about Theosophy and meeting and painting with other ‘theosophically-minded’ practitioners. Visuals of the above artists’ work will be included in this talk to describe the vibrant social contexts in which they lived and made their art during a time that included two World Wars, the Great Depression and a number of other far-reaching social changes.


Stephanie Claire is an educationist with a strong interest in art. Her ‘historical’ association with theosophy led to the writing of Towards a Better World (pub.2019), set in the heady days of 1920s Sydney and viewed through the eyes of a group of young Theosophists.

Stephen is the President of The Theosophical Society in Australia. He has been an active member of the TS since 1976, and a past President of Blavatsky Lodge. During his years of membership in the TS, Stephen has participated in many events both within Australia and internationally. He has a background in natural therapies practice and tertiary education. He aims to cultivate a deeper understanding of classic Theosophical teachings by demonstrating their relevance and importance in contemporary thought.

Wednesday 9th – 1 pm - What is the Feldenkrais Method? Who is Feldenkrais? – Jill Taylor and  Litzi Lemberg
Taking responsibility for oneself is very much reflected in the Feldenkrais Method of body awareness and movement. With the idea of the plasticity of the brain, two of Moshe's favourite sayings are:
"How to make the impossible possible the possible easy and the easy elegant."  "Take the braces off your brains."
1. An introduction.
2. You’ll experience a lesson in sitting followed by a discussion.
3. Please leave jeans and belts at home.
Jill and Litzi were both trained as Physiotherapists at Sydney University in conventional movement methods. They both changed their way of thinking when they discovered the Feldenkrais Method of body awareness and movement. Come and discover why!

Saturday 12th – 2:00pm Members’ Circle – The Divine Wisdom in Literature and Film – Gerard Brennan
In this Members' Circle we will examine the presence of the Ancient Wisdom in great literature and film from around the world, exploring extracts from some great plays and novels of the 20th century, along with some contemporary films that have embodied aspects of this ancient wisdom in their own unique way.
So perhaps spend a bit of time revisiting your knowledge of Shakespeare and considering the enduring legacy of Star Wars. What do they have in common? Does the Harry Potter series have a deeper significance than you think? Please come along and join us in our study of some great texts that have taken their inspiration from the wellspring of Divine Wisdom.

Wednesday 16th – 1:00pm - Plato’s Philosophy and Relevance to Theosophy – Michael Svoronos
Plato (c427-347) was “An Initiate into the Mysteries and the greatest Greek philosopher whose writings are known the world over. He was a pupil of Socrates and the teacher of Aristotle”. Source: The Theosophical Glossary by H. P. Blavatsky. 1892.
Plato believed that the ills of society could not be solved by way of political means. Instead, philosophy provided the answer if philosophers became rulers or rulers’ philosophers. He wrote extensively and one of his best known works The Republic includes Plato’s vision of the ideal state. The society he envisaged was to be governed by guardians trained in moral philosophy. His theory of the Forms refers to an ideal state of consciousness where true reality exists. It is a subjective and real state that compares with the objective and unreal world that we experience in our daily lives. A book often sighted in theosophical literature is Timaeus and Critias where it refers to the last remnants of the submerged continent of Atlantis and its inhabitants. Plato is not unique in referring to such lost worlds that perished by way of cataclysmic events. His writings are purposely veiled because as an Initiate to the ancient Mysteries he was bound by an oath of secrecy. Plato created a school called the Academy. It was devoted to philosophical research and teaching that lasted for generations. The teaching method in the Academy has been used by Western Universities.


Michael Svoronos is a retired bank employee with an interest in the fifth century before Christ - the Greek Classical era, a time of extraordinary achievement and inspiration. He has knowledge of the Greek language that helped him understand Plato’s terms and finds enhanced significance in Platonism in the course of his Theosophical studies.

Wednesday 23rd – 1:00pm - The Problem with Peace – Pamela Peterson
What is this elusive phenomenon called ‘Peace’? Is it an impossible Utopian dream? Are we looking in the wrong places? Are any real efforts being made to achieve it? How high is it on our list of priorities?


Rick Cobban is an author and historian published in five languages. He has been a Rosicrucian student for 38 years and currently serves as a Grand Councillor in the English Language Grand Lodge for Australia, Asia, New Zealand.

Every Wednesday: 11:10am–12:10pm – “The Mahatma Letters”
The Mahatma Letters are a large series of correspondence between A.P. Sinnett and  H.P. Blavatsky's teachers, though some letters were sent to other T.S. members. The Letters contain much of the main core of Theosophical Teachings. The original Letters are now in the British Museum.
Facilitator: Simon O’Rourke

Every Wednesday: 2:30pm – 3:00pm – Meditation with Lucille Crocker - (Please note: no afternoon tea will be served until further notice and Lucille's meditation class has been moved to 2:30 pm and will be held in the more spacious upstairs Auditorium.


Thursdays:
Thursdays 10:30am – 11:45am, from 3rd March, for six weeks – The Feline Mystery
Week One: The Mystery and the History. Cats from antiquity to now.
Week Two: The Body and the Brain. Flexibility and inscrutability.
Week Three: Wild and dangerous. Big cats, and small cats’ impact on our environment.
Week Four: Cats on culture. Books, comics and advertising.
Week Five: Filling the gap. Cats as friends, companions in a challenging world.
Week Six: Spooky cats. The sixth sense and cosmic consciousness of cats in our lives.


The course will aim to focus on personal experience and observation, with no set book or audio-visual presentation. By sharing our feelings, as well as facts, history and philosophy surrounding the feline family we should hopefully uncover if not necessarily solve the mystery that is "The Cat".


Facilitator: Keith Howes; a TS member, long enthralled by the ‘magic light’ of cinema. He is currently involved in creating a ‘theosophical history of world cinema, which he first mooted at Blavatsky Lodge in 2006.

Ben is a community educator in social ecology, meditation, yoga, cross-cultural conflict and mentor of Dances of Universal Peace. Latest book Integral Spirituality, Essays in Social Ecology and Integral Consciousness. Ben attended a training of Ambassadors to Country with Uncle Noel Butler and will share his experience
100% of all donations will go to Hope Orphanage India which supports young children from impoverished background.

Share Bill’s vision and his open heart, open arms inclusiveness.
All donations to the Exodus Foundation 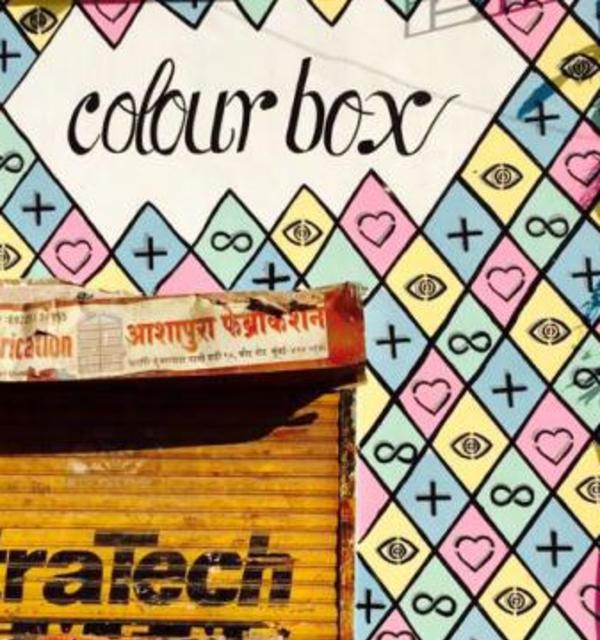 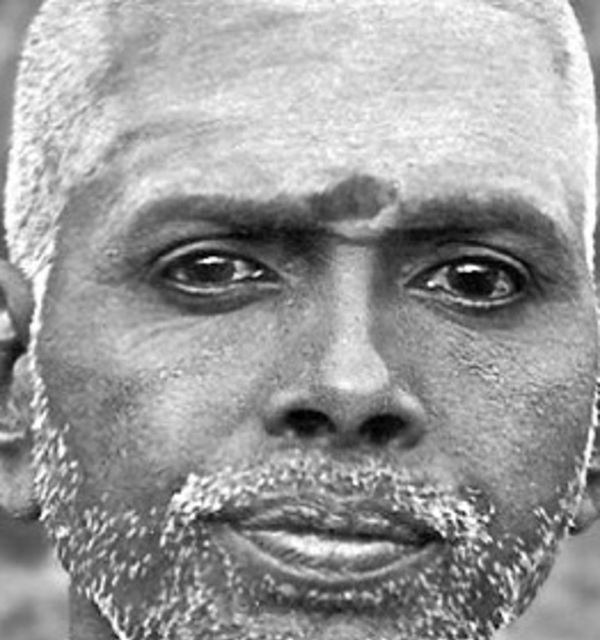 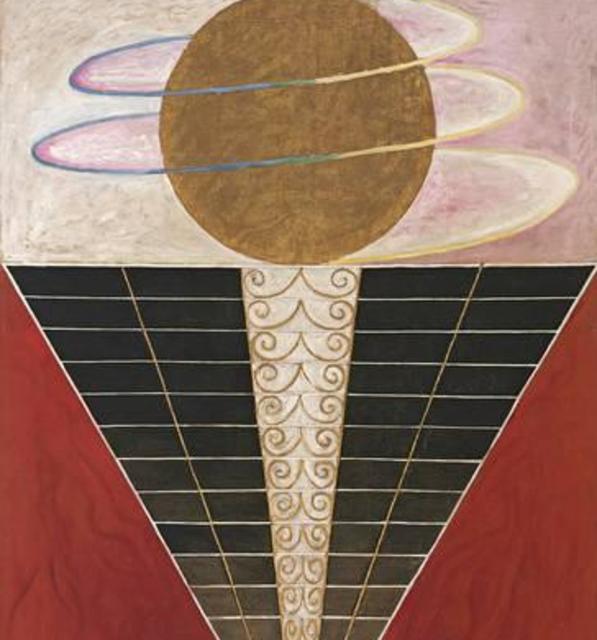 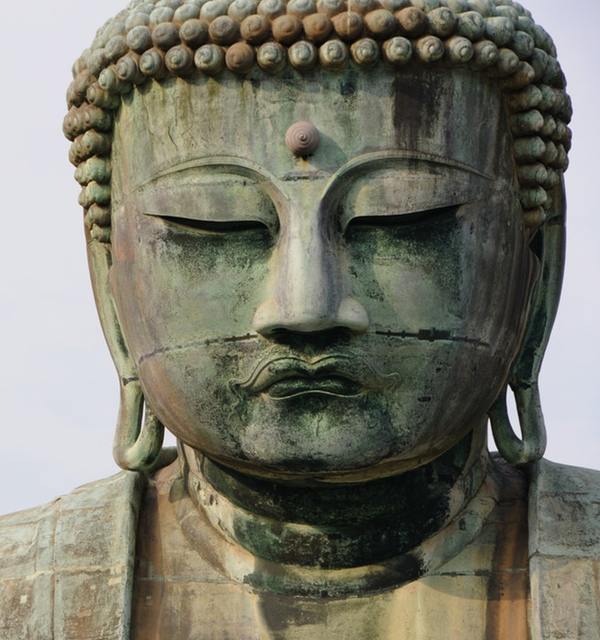